February, 2016 - Issue #1
The need for European PE VC / patient capital to better utilise PR and IR.
The juxtaposition of the "maturity opportunity cost" of a therapeutic and the need for a bigger European funding pool remains. Can (bio)finance help itself by raising it's own profile with better communication, ultimately leading to better exits? 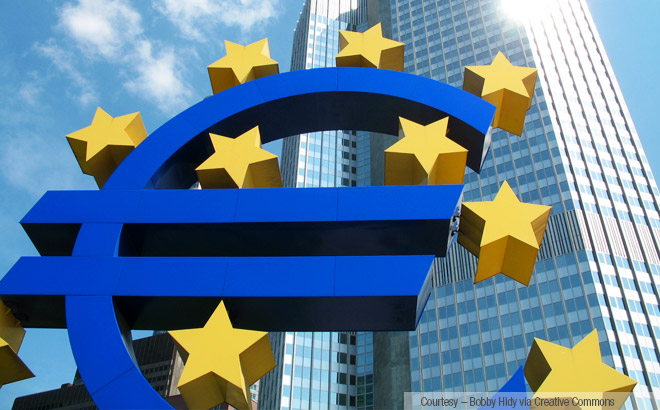 I (Eva Haas) used to be a buy side healthcare equity analyst, working on both sides of the Atlantic, evaluating where to invest across the whole spectrum, big and small, of publicly listed and about-to-be listed healthcare companies from pharma and biotech through hospitals, health insurers, pharmacy benefits and healthcare IT. As such I used to spend a great deal of time critiquing everything from the equity valuation to pipelines, technology and news flow of companies. When I moved from my initial short stint on the sell side to the investment or buy side I was told by some I had joined the “dark side” and later when I worked in New York that I had “gone to Gotham”. Now that I have moved into investor and public relations I suppose I am on the “flip side” and one of my tasks is to brief client companies on likely tough questions, how to communicate clear and fair answers to these and what investment expectations are. One of many questions I and other investment observers are often asked is why the nascent UK and European life sciences sector is not as big and omnipresent as that of the USA? It’s a question that has many possible answers but often comes back to a lack of sufficient early-stage funding. Here I examine a few reasons why and ponder the question in the title as a means to raising a bigger European pool of early stage funding.

Many European specialist healthcare investors in public markets complain that emerging life sciences companies IPO too early. Yet in Europe these same companies are rarely given the opportunity to mature from early to mid- or even advanced-stage development whilst remaining private unless they are funded by the family offices of a small group of billionaires such as the Hopps (Dietmar Hopp founded SAP in 1972) or Struengmanns (Hexal founders; Hexal was sold for about $8.3 billion to Novartis in 2005) or have a cutting edge technology so sought after or “hot” that a significant number of private equity/industry venture funds fall over themselves to get involved as has been the case with Oxford-based Immunocore which raised $320 million in a Series A private financing in July 2015 (Euros 294 million at the time) or BioNTech AG which raised one of the largest initial private rounds in Europe at three-digit million Euros in 2008. Both of these Companies are involved in different technological approaches to cancer immunotherapy, currently garnering high investor and industry interest.

In other words one needs hundreds of millions of Euros (or Pounds Sterling) to grow a quality biotech Company to maturity (which I would call having several products in phase 2 and 3 studies and/or on market; the latter might be too much wishful thinking). According to Tufts Center for Study of Drug Development, as of their November 2014 publication, the cost of developing a successful drug is now nearly $2.6 billion consisting of an average out-of-pocket cost of $1,395 million and time costs (expected returns that investors forego while a drug is in development) of $1,163 million. Therefore the price of maturity, let’s call it the “maturity opportunity cost” could even be well over one, if not several, billion Euros.

Only the strong & mature survive.

Most European and UK biotechs do not have the luxury of triple digit million Euro funding let alone a billion to give them time to mature. Within this group there will be a fair share of “undiscovered” companies that have excellent, breakthrough science deserving such funding, it just hasn’t been perceived as “hot” yet. Many are often driven to IPO early either because their existing venture investors want or need to see an exit crystallising gains for their own investors or because they cannot find additional venture, crossover or “patient capital” investors for another private financing round. Another reason is that unlike their American counterparts European life sciences venture funds, or indeed public equity funds, simply don’t (yet) have the size and firepower to be able to put such large amounts into one Company and still diversify risk to an acceptable level. This stage of development is what is known as the funding gap or “death valley” for European fledgling life sciences companies. If these companies IPO early they often struggle with the multitude of extra capabilities and news flow needed for a public company and fizzle out one way or another either as they are unfairly penalised by generalist equity investors for a single product failure when it realistically takes a portfolio approach to get products to market or for a lack of news flow as they get on with the lengthy business of R&D.

Why is maturity a European rarity? Some Capital may be “patient” but is there a big enough pool of it in Europe? Arguably, no, not yet.

Patient Capital and the proliferation of more venture funds after 5 years of biotech outperformance in public equity markets and high levels of private equity exits is thought by many to be the panacea for European and in particular UK biotech. It is thought these funds will plug the “death valley” funding gap and allow Companies to mature. This is all highly laudable and very encouraging. European healthcare venture funds have been able to realise 1000% plus gains on 5-10 year investments (a so-called “ten bagger”) in certain companies (a whopping 25%-60% CAGR) and 20%+ across whole portfolios over 5-10 years. Therefore they have collectively been able to successfully raise new funds for further investment in new companies. It is just what we passionately want to see to drive European biotech and life sciences to a level where they can compete with the USA. But do these patient European investors have enough money to invest to drive a whole sector? If we assume that several hundred million Euros are needed to get to Company maturity then a flagship patient capital fund of about Euros 1 billion could arguably only back 4-5 heavy weight biotech contenders all the way and many healthcare venture capital funds (which usually manage several hundred million Euros) only 1-2. If you allow for the fact that each Company has maybe 4-5 co-investors then we can increase that to 20-30 companies for a large 1 billion Euros fund and 5-10 for other specialist VC funds in Europe, which one can probably count on both hands. This does not, in my very humble opinion, get us to a funding capacity for nurturing the several hundred nascent European life sciences companies to maturity that logically might be needed to create a large, publicly listed and successful European biotech sector of the magnitude and stature of the US biotech sector. So the answer to the above question is arguably that “No, in Europe there is not yet a big enough pool of patient capital.”

So European life sciences needs a bigger funding pool and European venture, private equity and patient capital funds need more critical mass. How can they achieve this? Bigger and more prominent investment exits would help raise bigger venture funds and in this area it’s possible that the investors undersell themselves. It is generally accepted, certainly by many board directors that nascent companies need to plan ahead raising their profile and general awareness of achievements, quality of science and products in development often (ideally) several years ahead of financing rounds and IPOs. This involves corporate communications at various levels and if well planned and executed generally works well. I would argue that venture funds and private equity funds should follow the same example and celebrate their successes. They do not engage with corporate communications much and if they did consult with public, media and investor relations experts at an early stage themselves perhaps a higher profile for each fund and the industry would lead to the bigger exits and the bigger next generation funds that we sorely need in Europe.

Eva Haas, Senior Consultant, Hume Brophy Communications.
Eva Haas is responsible for Investor Relations and Public Relations in Hume Brophy’s varied International Healthcare Practice serving companies large and small. She has 20 years' experience in fund management and equity analysis of companies across the global healthcare sector. Most recently she was at Schroder Investment Management for 13 years, of which 7 were in New York, where she was responsible for the analysis and valuation of publicly listed & about-to-be-listed healthcare companies in the USA. Eva has a PhD from Bristol University. She is also a fluent German speaker.
Share this article