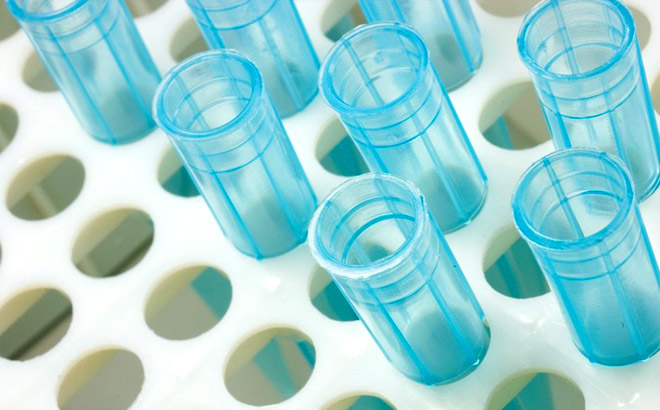 The field of in vitro diagnostics has evolved rapidly over the last 20 years in light of major strides in genomics, molecular pathology, and platform technologies, while at the same time facing legal challenges that have limited the scope of patent protection attainable and new regulatory and reimbursement regimes. The days of one gene or gene product associated with one diagnostic have faded. Many of these diagnostics identified mutations in genes or their aberrant protein products that were indicative of a particular genetic or infectious disease. In the 1990s nucleic acid based tests came to dominate the market over protein based assays. Following the Human Genome Project and high throughput sequencing, academic and commercial research gave rise to more complex analysis of one or more genes associated with a higher incidence of patients advancing to or acquiring a particular disease, viz prognostics. Regulatory changes and business strategies have led to more companion diagnostics required for use with approved drugs. Patent litigation in the US, particularly cases rising to the Supreme Court, have made it more difficult to obtain broad claims to diagnostic associations, methods of analysis and genomic sequences. Clinical laboratory biochemical tests continue to be widely used but typically on a non-proprietary basis.

By the mid-1990s, nucleic acid based diagnostics began to replace the protein based tests where the analyte was a mutated protein, a protein over- or under-expressed, expressed in an abnormal location or period of time, antibodies to an infectious agent, or proteins produced by the infectious agent. For example, reviewing 63 licenses executed between 1987 and 2012 to diagnostics based on inventions from the laboratories at the National Institutes of Health (NIH), the number of licenses granted for protein based diagnostics peaked in the early 1990s while the number of licenses for nucleic acid based diagnostics rose and surpassed those for proteins about the year 2000. Interestingly, in this dataset all of the protein based diagnostic products were sold as kits, whereas three-quarters of the nucleic acid based diagnostics were offered as laboratory developed testing (LDT) services. Not only did the technology change in the 1990s as sequencing and other forms of nucleic acid detection became cheaper but also the market approach changed from kits used in clinical testing laboratories to centralized high-throughput testing services. These were also less expensive to develop because they required compliance only with LDT standards administered by the Centers for Medicare and Medicaid Services (CMS) rather than FDA approval of kits by the Center for Devices and Radiological Health (CDRH) at the Food and Drug Administration (FDA).

The ability to administer patents with broad claims has diminished in recent years. Many of the patents covering these tests claim nucleic acids, proteins encoded by the genes, methods of making recombinant proteins, methods of diagnostic analysis, and kits. In particular, patent case rulings by the US Supreme Court such as Mayo v. Prometheus and Association for Molecular Pathology v. Myriad. In Mayo the Court invalidated “natural law” claims of administering a drug and analyzing a blood sample for the level of metabolite to optimize the amount of drug administered. In Myriad, the Court ruled that naturally occurring nucleic acid sequences such as those occurring in the genome of an organism are not patentable subject matter but sequences constructed by scientists such as cDNA and recombinant DNA are patentable subject matter. These cases put a crimp in the diagnostic protection available to those who in the past could protect a nucleic acid diagnostic by patenting naturally occurring gene sequences, whether wild-type or mutant, or the broad association of a newly discovered genotype with its respective phenotype. In response, companies may build a business around a platform technology for administering diagnostics or maintain as a trade secret a large database of clinical data associated with various mutations as seems to be the current strategy of Myriad Genetics.

While the ability to obtain broad patent protection for a diagnostic test has diminished, the complexity of test is increasing. Genome-wide association studies are leading to the identification of complex biochemical pathways associated with a particular phenotype or risk for disease. Multiple genes associated with particular cancers, obesity and autism open new areas for prognostics to improve the ability the accurately assess disease risk, disease subtype associated with optimal treatment modalities, or ultimately prevention.

Greater complexity also equates with longer development times, higher risk of failure, more clinical testing and thus higher development costs. Multi-gene chip technologies are gaining increasing use as risk prognostics and guidance on treatment options. MammaPrint® marketed by Agendia was the first of four multi-gene prognostic tests marketed for assessment of breast-cancer that has been validated sufficiently so as to be included in approved cancer treatment guidelines. This test analyses the activity of 70 genes to asses a woman’s risk of recurrence of breast cancer. Genomic Health’s Oncotype DX®, which is included in cancer treatment guidelines, analyses the activity of 21 genes to assess the risk of reoccurrence of early-stage breast cancer and the likelihood of benefit from chemotherapy after surgery. Mammostrat® and Prosigna®, marketed by Clarient and NanoString Technologies respectively, also can be used to asses risk categories.

With the launch of the NIH Precision Medicine Initiative more research attention will be focused on accelerating the pace of treatments tailored to the individual and his or her medical condition. Companies benefit economically from the use of companion diagnostics by using genetic and biochemical biomarkers to select patients in clinical trials who are more likely to benefit from the drug and thus obtain regulatory approval. These niche markets can also command higher prices for the drugs. Companion diagnostics have been an important component in the rise of personalized medicine and will likely increase in use. Gleevec® and Herceptin® stand out as early commercial successes in this market niche. Companies have economic incentives to utilize companion diagnostics in the development of new drugs. By 2012, FDA had approved 63 companion diagnostics with oncology as the largest segment. Other market segments continue to grow with recent approvals of companion diagnostics for Kalydeco® for cystic fibrosis, Selzentry® targeted to particular HIV co-receptor tropism, and Increlex® for severe growth failure. There are approximately 100 drugs in Phase II, III and IV clinical trials utilizing diagnostic outcome measures or inclusion/exclusion criteria. A similar trend trend is emerging with the European Medicines Agency (EMA). (Agarwal, Ressler and Synder, The current and future state of companion diagnostics, Pharmacogenomics and Personalized Medicine 2015: 8, 99-110).

The increase development activity of diagnostics/prognostics associated with personalized medicine has increased risk and cost for diagnostic companies. Unlike drug pricing where past failure is built into the pricing of approved drugs, reimbursement rates for diagnostics do not include higher rates to compensate for sunk costs when prior diagnostics or the drugs associated with their use fail to be approved. For prognostics associated with determining the risk of acquiring a disease, e.g. BRCA, insurance reimbursement is scarce unless the patient is symptomatic for the disease. Insurance providers, including those for Medicare Part B, determine whether the drug and diagnostic are “reasonable and necessary” and thus subject to reimbursement. The drugs can also be subject to formulary restrictions such as prior authorization or quantity limits and subject to varying levels of cost sharing with patients. Moreover, reimbursement for a co-developed diagnostic does not always follow reimbursement for the drug. This state of affairs may improve with the new Current Procedural Terminology (CPT) coding system with new codes for companion diagnostics, the partnering of some payers with commercial developers to identify biomarkers to improve patient recruitment, and implementing coverage with evidence development (CED) policies where clear clinical utility is lacking. (Cohen and Felix, Personalized medicine’s bottleneck: Diagnostic test evidence and reimbursement, J. Personalized Medicine 2014: 4, 163-175)

Changes are underway for LDTs where the only oversight has been from CMS under the Clinical Laboratory Improvement Amendments (CLIA) program. If a commercial or public laboratory offers a diagnostic test in-house without FDA approval, CLIA requires performance standards for the laboratory related to analytical validity in that laboratory’s environment. Thus they are laboratory specific and not related to clinical validity. Unlike FDA approval, CLIA inspections are conducted after the laboratory has started testing. To date, the FDA has “exercised enforcement discretion” meaning it has not enforced requirements for pre-clinical testing, approval, and medical claims that it has enforced for FDA approved kits. FDA has raised concerns that in some circumstances LDTs may have or have actually caused harm to patients with false-positive results, false-negative results, or by making health claims without adequate scientific support.

FDA is about to take a more active role in regulating LDTs. The agency will become more proactive under a new regulatory oversight framework. There will be a phased in enforcement for high-risk LTDs included those used to inform treatment decisions.

For low-risk LTDs, about half, and LTDs for rare diseases, the test provider only need inform FDA when these tests are offered and provide reports of adverse events. (Testimony of Jeffrey Shuren, MD, Director CDRH, FDA before the Subcommittee on Health, Committee on Energy and Commerce, US House of Representatives on Nov 17, 2015.)

Another trend is the rise of home-use diagnostic tests for early detection of disease status, medical condition such as pregnancy, or monitoring conditions with a diagnosed disease. Some are small devices to measure blood glucose or kits in which you send a sample of blood, saliva, stool or urine to the testing company and they convey the results directly to the consumer patient. Tests include HIV, cholesterol, UTI, HCV, colon cancer risk,

Overall, in vitro diagnostic tests are advancing medical care with more accurate parsing of disease conditions to allow for more effective treatment regimens and better prognosis of risk for disease progression. At the same time, tests are becoming more costly to develop due increased complexity, greater need for clinical testing, and higher risk of failure. This commercial sector is challenged by weaker available patent coverage, greater FDA oversight of high-risk test, and challenges in obtaining insurance reimbursement.  In spite of these challenges, the in vitro diagnostics industry will evolve and likely succeed as an integral part of the delivery of health care.

Mark Rohrbaugh, Special Advisor to the Director, NIH, US
Mark L. Rohrbaugh serves as Special Advisor for Technology Transfer in the National Institutes of Health (NIH) Office of Science Policy. He previously served as Director of the NIH Office of Technology Transfer, which was responsible for managing the patenting and licensing of inventions made by scientists working at the NIH, FDA and CDC. He received a Ph.D. in biochemistry from Pennsylvania State University and a law degree from George Washington University.
Share this article