February, 2016 - Issue #1
In communication with… Dan Omstead, CEO Tekla Capital Management
The current biotech / life science sector from a Venture Capital perspective. Where are we now? 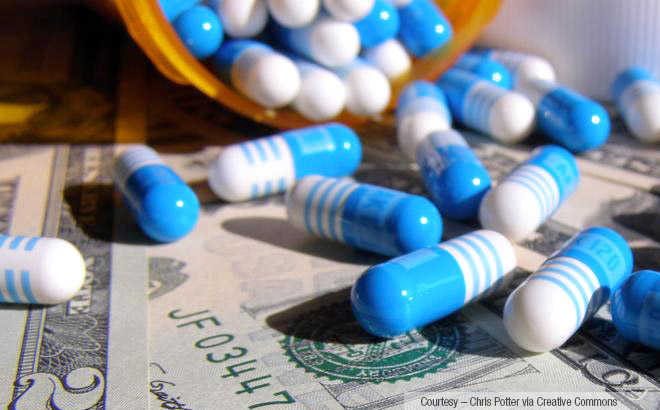 1. What is Tekla’s primary focus? Have you adapted and realigned in any way since rebranding as Tekla?

Tekla is nearly entirely focused on investing in healthcare companies. The Company, originally a subsidiary of Hambrecht and Quist, LLC and then JPMorgan Chase, is adviser to four NYSE traded closed-end funds. The two equity based funds, Tekla Healthcare Investors (NYSE: HQH) and Tekla Health Sciences Investors (NYSE:HQL) were among the earliest healthcare dedicated funds. They have been investing in both public and pre-public healthcare companies, with an emphasis on biotechnology, since 1987 and 1993, respectively.

More recently we have raised two new closed-end funds, Tekla Healthcare Opportunities Fund (NYSE: THQ) in 2014 and Tekla World Healthcare Fund (NYSE: THW) in 2015. These Funds are Growth and Income oriented, and rather than invest only in equities, invest in a combination of equities, corporate debt and other income generating assets. THQ is, in majority, focused on US based investments while THW invests worldwide. In aggregate, assets under management at Tekla as of September 30, 2015 exceeded $3.0B.

We have not made material changes in our investing approach coincident with our name change from H&Q to Tekla. The Funds have, since inception, generally sought to invest in well managed growing healthcare companies with differentiated products that address unmet medical needs. Innovation has been a major theme of our investment strategy.

While we have not changed our strategy we have definitely grown the size of our Company as assets under management have increased. At the moment we have a research staff consisting of nine investment professionals who hold in aggregate six PhDs, 4 MBAs, an MD and a CFA. These professionals have terrific healthcare sector experience in addition to great investment experience and stellar academic credentials.

2. What do you feel has been the driver of the VC renaissance in Biotech?

It has been interesting to watch the renaissance in early stage biotech investing lead by a handful of intrepid investor groups. As you may know, early stage venture investing produced phenomenal returns in the 1990s, culminating in an amazing period of new public company formation in the 1999-2000 period. In retrospect, though some of the companies that went public in that timeframe were excellent, others were more concept than substance and struggled. So in the early 2000s there was a real (and probably appropriate) shakeout that produced some great companies but also a decent number of failures.

Over time it became clear that medical, commercial and financial success demanded, even from the time of a company’s formation, great ideas, differentiated products, experienced management and knowledgeable and patient investors. Within the last 5+ years we have begun to see the fruits of these realizations. A few venture investing groups have identified truly novel and differentiated product concepts, funded outstanding individuals and incubated really interesting medical products in well-organized companies. In the last two to three years, a host of these companies have come to market and have been well received by both the institutional and individual investing public. This has produced an entirely new generation of novel public companies that is, in our opinion, primed to both improve the quality of life for millions of people and also be the basis for another wave of sales and earnings the market in our sector. I note that quite a bit of clinical and other data has been generated by these new IPO companies. In general they have been managed by more experienced individuals and have often gone public at a later stage than previous IPO generations. While there have been some “story” stocks (i.e., great ideas without much clinical validation), a significant portion of recent IPOs have been relatively later stage than I recall in the 1999-2000 timeframe. Some current companies have already initiated clinical trials that could lead to relatively near term regulatory approvals.

We expect that such companies will create value more quickly than the famed 1999-2000 generation of IPOs. We anticipate that this will materially reduce the time from concept to profit that hampered value creation after the last great wave of IPOs.

In general, I am optimistic about the future, but it is critical to point out that ours is a risky business. There will always be failures as well as successes, and at some point, the amazing run we have seen of late will slow down and maybe end. There are even signs that a slowdown has occurred as the biotech market has recently seen a 25%+ drop from its summer 2015 highs. Some believe that we will see a rebound while others are dourer. There is just no way to know what will occur in the short-to-intermediate term though, as I have said, I am optimistic over the longer term.

3. Do you feel that we are seeing a better application of science and technology thereof that will enable major breakthroughs in e.g. CNS etc?

Absolutely. I have been in the pharmaceutical and biotech space since 1979 and in the healthcare/biotech space since 1993. Science has always driven progress. And the science continues to move ahead rapidly. While in the pharma sector in the eighties, I was fortunate enough to participate in the development of several of the earliest biotech products. These products were on the cutting edge of science then. By comparison, the science of today is light years ahead. We are seeing things in nearly all fields of medicine, particularly in the treatment of cancer and rare diseases that could not have even been imagined a couple decades ago. We are even seeing the approval of generic drugs that duplicate proprietary products that not so long ago would have been nearly impossible to imagine.

However, it is not just the basic science. Methods of characterization, formulation and API/drug product manufacture have also improved dramatically. On balance I see dramatic improvements in the areas of immuno-oncology, CNS and rare diseases coming that we believe will really improve and hopefully extend the lives of ill patients. It is really exciting to watch.

In addition, I note that things have changed dramatically since 1999-2000 when there were relatively few approved biotech products and relatively few profitable biotech companies. Today, biotech related products are ubiquitous, particularly in the US. I would imagine that nearly everyone in the US touches someone who benefits from a product contemplated, developed or marketed by one of the >600 pharma and biotech companies we have today. These companies are led by extremely talented and experienced leaders and are producing really amazing products. The biotech sector that 20 years ago was more dream than substance is now among the fastest growing sectors of the economy. Really quite an amazing story.

4. How does Tekla see its own evolution over the next 2-3 yrs?

We feel our expertise is in healthcare and we just want to continue to get ever better at what we do both day-to-day and longer term. We have just completed quite a bit of growth so for the next little while we plan to consolidate our efforts on our four funds and hopefully provide solid risk adjusted returns for our shareholders. Beyond that, there are plenty of opportunities to apply our healthcare expertise. In particular, we think there are opportunities to help companies, both private and public, that are struggling a little bit by providing both debt and equity investments… and maybe even helping to focus on key goals and objectives.

Daniel R. Omstead, Ph.D.
Daniel R. Omstead, Ph.D., is President and Chief Executive Officer of Tekla Capital Management, LLC and President of Tekla Healthcare Investors, Tekla Life Sciences Investors, Tekla Healthcare Opportunities Fund and Tekla World Healthcare Fund; four NYSE listed closed-end mutual funds that make equity investments in healthcare-related companies. Prior to joining Tekla, Dr. Omstead was President and CEO of Reprogenesis, Inc. a private development stage biotech company developing therapies in the field of regenerative medicine. In 2000, Reprogenesis was merged with two other biotech companies to form Curis, Inc. Before joining Reprogenesis, Dr. Omstead was Senior Vice President, Research and Development at Cytotherapeutics, Inc. a public biotech company that developed CNS therapies. Prior to entering the biotech industry, Dr. Omstead was employed for fourteen years in the pharmaceutical industry at Ortho Pharmaceutical Corporation and at the R.W. Johnson Pharmaceutical Research Institute, both divisions of Johnson & Johnson and at Merck Sharpe and Dohme Research Laboratories, a division Merck and Company, Inc. While at J&J, Dr. Omstead participated in the development of Orthoclone OKT3™, Eprex™/Procrit™ and other biological products. While at Merck, he worked on the development of Recombivax™, Mefoxin™, Heartguard™ and other traditional drug products. Dr. Omstead holds Doctoral and Master’s Degrees in Chemical Engineering and Applied Chemistry from Columbia University and a B.S. degree in Civil Engineering from Lehigh University.
Share this article