February, 2016 - Issue #1
The More Things Change
Is further discussion and deliberation required for the benefit the policymakers and the public in considering the proper scope of patenting in the life science sector? 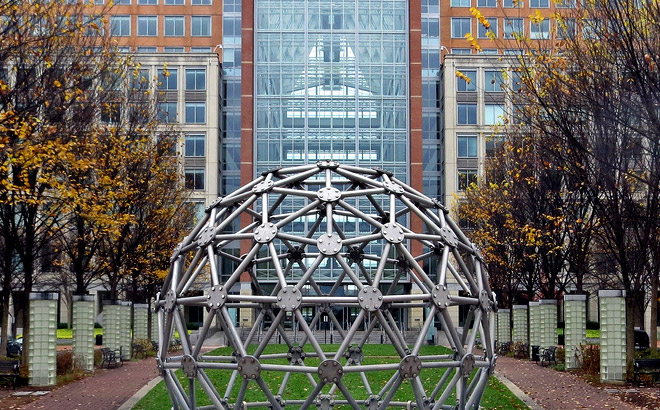 The patent world is cyclical: when lack of patents prevents commercialization patent protection becomes more valued (and valuable), and when a patent system is robust those disadvantaged (by having to acknowledge patent rights) argue that patents are a tax on innovation. The truth, of course, is somewhere in between but biased (perhaps heavily) in favor of patent protection.

The proof of that rhetorical pudding is clear over the past 35 years. Prior to 1980, U.S. patent law was beset with contradictions. Different appellate courts in different parts of the country interpreted the law in ways that favored patentees or infringers disproportionately, for example. And the U.S. Supreme Court (then as now) provided at best broad guidelines from which inferior courts and the U.S. Patent Office were to drawn the proper conclusions in applying the law. The greatest post-war generators of innovation the nation’s universities were precluded from obtaining patents, which were owned instead by the Federal government. Finally, antitrust policies intended to protect American consumers from the predations of “big business” also inhibited investment in smaller industries that needed patent protection to attract investment.

All that changed shortly thereafter, with passage of the Bayh-Dole Act, the Supreme Court’s decisions in Diamond v. Charkrabarty and Diamond v Diehr, and the creation of the Court of Appeals for the Federal Circuit. Bayh-Dole encouraged patenting by universities and provided the legal basis for the growth of technology transfer from academia to industry, while the two Supreme Court decisions broadened the scope of patent eligibility to “anything under the sun made by man” as Congress had intended by passing the Patent Act in 1952. The Federal Circuit was perhaps the development of most general importance because it enabled U.S. patent law to be interpreted with much more consistency than had been possible when twelve regional Courts of Appeal were deciding patent cases.

But even then there were naysayers. The cost of prescription drugs, many of which were protected by patents was sufficiently high that Congress passed the Hatch-Waxman Act, providing a defined and (relatively) expedited process for challenging “bad” patents and an incentive (or bounty) of 180 days of generic drug exclusivity for the first filer of an application for a generic version of a patented drug. “Bad” patents, and ways to cheaply eliminate them were also the impetus for the first re-examination statute, which provided that a petitioner could ask the Patent Office to re-examine a patent based on newly cited prior art.

From the beginning there was resistance to patents in the university setting, for a (mis)perceived chill they would have on the free flow of scientific information as well as the potential that the purity of the academic mission might be soiled by commerce.

(These arguments ignored the realities that information is not patented, and that without being able to protect and license university-produced inventions the inventors would be subject to having their inventions expropriated without compensation.) Even the Patent Office’s initial response was to apply more stringently the requirements for patent eligibility in the life sciences.

And then, the pendulum took another turn, with the Federal Circuit and the PTO crafting reasoned limitations on the scope of life science patents that would be granted. For example, a claim to an isolated gene was not deemed patent eligible unless the utility of the encoded protein was also disclosed; this requirement prevented any feared wholesale genetic “land grab” and indeed reduced the number of human genes capable of being patented, insofar as this requirement was promulgated in 2001, after most human gene patents had been filed. Another example is the requirement that isolation of one species of gene not permit broadly claiming all species, orthologs or embodiments unless these genes had been expressly disclosed. This also vastly reduced the scope of what was patentable, while doing nothing to limit the ability of prior disclosure to prevent patenting any genes lacking such disclosure. Indeed, the standards for patentability were higher in many respects than publishing in a scientific journal, where a certain degree of homology to a known gene was enough to garner a publication but not to obtain a patent.

The recent turn to the contrary, against expansive patenting has played out in the context of both genetic (and genetic diagnostics) patenting as well as software and computer implementation of known processes. While much of this has been political rather than legal (the plaintiffs in the AMP v. Myriad Genetics case, and to a lesser extent in the Australian D’Arcy case made expressly emotional arguments), the effect has been to cast doubt on existing patents and make more difficult present and future patenting of these types of inventions.

Ironically, the age of gene patents is now almost entirely in the past, due not to court decisions but to the almost universal limitation of patent term to 20 years from earliest filing date; most human genes were identified (and published) between 1998-2000 and thus are incapable of being protected by patents at this late date.

But in the U.S. the effects of this shift in the patenting zeitgeist extends far beyond genes: based on a 2010 study by the National Institutes of Health, 50-80% of antibiotics, vaccines, and anticancer drugs approved by the FDA between 1980-2010 would not be eligible for patent protection under the rubrics adopted by the USPTO implementing recent Supreme Court decisions. The situation is even more dire for diagnostics and especially genetic diagnostic patents, where courts have begun deciding, for example, that claims to prenatal diagnosis based on maternal blood testing is not (generally) eligible for patenting. While there are some who argue that, unlike for pharmaceuticals diagnostic tests do not need patent protection, Myriad has stated in court filings that is spent more than $500 million in commercializing its BRCA1 and BRCA2 tests for breast and ovarian cancer. Moreover, unlike for pharmaceuticals infringement of diagnostic test patents does not incur this type of investment cost, once the innovator has established the value and reliability of testing for follow-on copiers to exploit.

It is likely that further refinement in the courts, or (less likely) Congressional action may turn the pendulum the other way over the next few years or decades, but at great societal costs for missed opportunities. The U.S. in particular benefited by strong patents in protecting its nascent biotechnology (and to a lesser extent) computer/software industries and with weaker protection may come less investment incentives to commercialize these inventions. Of course, practicing these methods without patenting or public disclosure is a possibility (albeit a less attractive one in a global economy where patenting is readily available throughout most of the world), particularly where independent discovery or reverse engineering is unlikely, because only these unlikely occurrences void the innovator’s exclusivity. But bending the patent system to create these incentives disincentives disclosure, which is the benefit perceived by Thomas Jefferson and the other Founding Fathers that motivated them to include patents as one of the Powers of Congress enshrined in Article I of the U.S. Constitution.

These truths, about invention, disclosure, commercialization, and innovation, are hardly self-evident, and merit widespread discussion for the benefit of policymakers and the public in considering the proper scope of patenting.

Kevin Noonan, Partner, MBHB LLP
Kevin E. Noonan is a partner with McDonnell Boehnen Hulbert & Berghoff LLP. An experienced biotechnology patent lawyer, Dr. Noonan brings more than 20 years of extensive work as a molecular biologist studying high-technology problems in serving the unique needs of his clients. His practice involves all aspects of patent prosecution, interferences, and litigation. He represents pharmaceutical companies both large and small on a myriad of issues, as well as several universities in both patenting and licensing to outside investors. He has also filed amicus briefs to district courts, the Federal Circuit and the Supreme Court involving patenting issues relevant to biotechnology. He has authored "amicus curiae" briefs in landmark patent and other cases in U.S. Courts of Appeals and the U.S. Supreme Court. Dr. Noonan is a frequent speaker, commentator and author on a variety of intellectual property law topics. He is a founding author of the Patent Docs weblog, a site focusing on biotechnology and pharmaceutical patent law. In 2010, he was interviewed for a segment that aired on the television program "60 Minutes" that addressed the issue of gene patenting.
Share this article